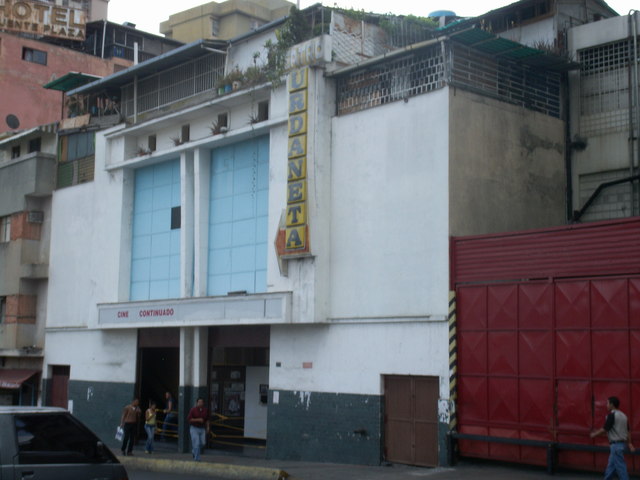 The Teatro Urdaneta opened in 1951. Located on Avenida Norte 8 between Puerto Escondido Esquina and Puente Nuevo Esquina in the Silencio central area of downtown Caracas.

Seating is located in orchestra stalls and a small balcony and the interior is decorated in a rather plain Art Deco style.

In early-2017 it was re-opened as the Cine Aquiles Nazoa with a mixed use of cinema and live theatre.

Continuous performances at the Teatro Urdaneta, photographed in April 2006:
http://flickr.com/photos/kencta/130131050/