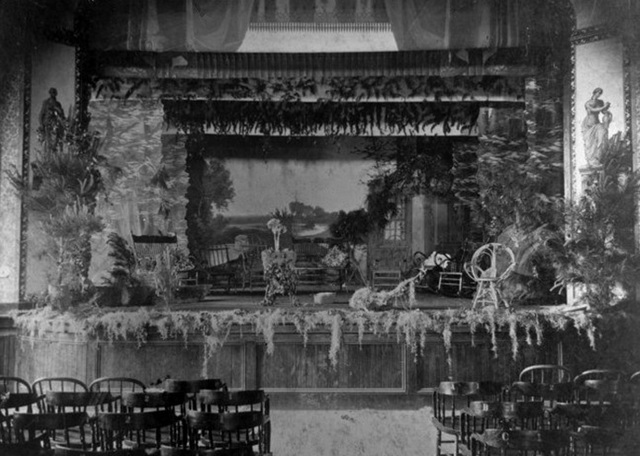 The Bastrop Opera House was built in 1889. By 1941 it had been renamed Strand Theatre and had been taken over by the Long Theaters chain. By 1950 it was independently operated and was still operating as a movie theatre in 1952. It had closed by 1955. In the early-2000’s it was restored and now operates as a live theatre known as the Bastrop Opera House.

The Strand Theatre is actually still open. It was restored in the early 2000’s and is now a historic building. The theatre presents mostly live shows and events. It’s called its original name, the Baystrop Opera House.

The historic 1889 Bastrop Opera House, known as the Strand Theatre during World War II and the Teen Tower in the 1950s, offers wonderful award-winning stage performances of vaudeville, melodramas, musicals and comedies.