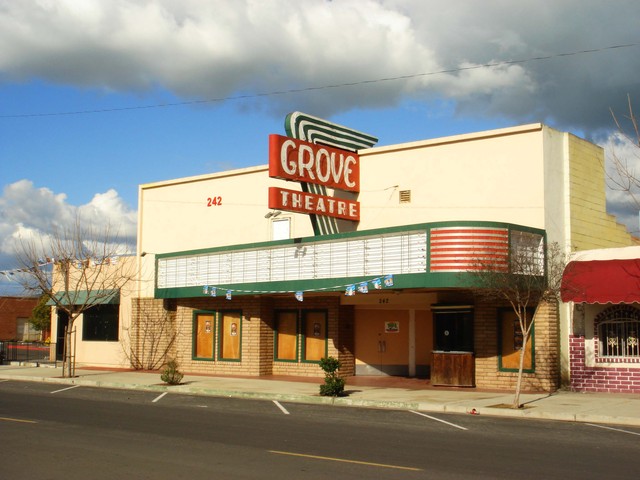 The May 20, 1950, issue of Boxoffice Magazine said that the Grove Theatre in Lindsay had recently reopened after being completely remodeled and redecorated.

Here’s more confusion: The November 6, 1948, issue of Boxoffice says that the new Parsons Theatre in Lindsay almost didn’t open on schedule because of a problem with the delivery of one of the movies. The owner of the house was named Aubrey Parsons, so maybe Boxoffice just lost track of the actual name of the theater and substituted the owner’s name. This could have been the Grove, but then if it was I don’t see why it would have been remodeled only two years after it was built.

It’s possible that the Grove just didn’t last very long. The early 1950s were not the best of times for movie theaters, and a lot of them closed, especially in smaller towns that had competing theaters.