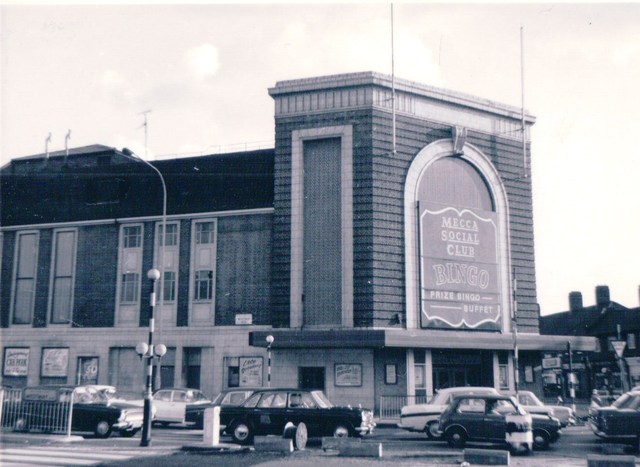 The Savoy Cinema was built for Abe Goide for the small Independent circuit of Goide & A. Glassman who built and operated several Savoy Cinemas in the northern areas of London. This Savoy Cinema was located in East Acton on a prominent location corner of the main Western Avenue/Westway and Old Oak Road. It was generally advertised as being in Acton rather than East Acton but was in reality some distance from Acton Central.

The architect favoured by the company was again George Coles who designed a magnificent suburban cinema. It opened on 13th April 1931 with a triple bill programme: Ramon Novarro in “Call of the Flesh” & Alice White in “Sweethearts on Parade” & Marie Dressler in “Dangerous Females” plus a Mickey Mouse cartoon. The Savoy Cinema was equipped with a Compton 2Manual/6Rank theatre organ. It also had a café & ballroom. It was taken over by Associated British Cinemas(ABC) from December 1935 and led an uneventful life under their control.

ABC closed the Savoy Cinema on 29th December 1962 with Steve Reeves in “The Thief of Bagdad” and Richard Basehart in “The Savage Guns”. The interior of the building was gutted and converted into a bowling alley on two levels, which opened on 30th October 1963.

It later became a bingo club, operated by Mecca Bingo and this closed in February 1994. The building was demolished in 1996. The site remains an empty lot in 2018.