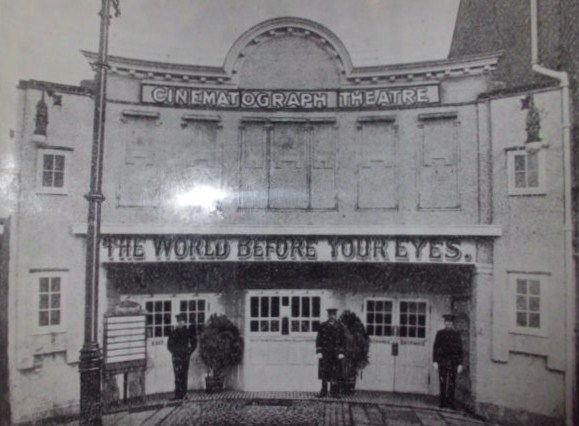 Located in the west London district of Acton. Opened as the Acton Cinematograph Theatre on 26th December 1909. It was in a typical style of an early cinema building and boasted two projectors, a small orchestra, a piano and even a small organ to accompany the silent films. Seating was on a single floor with no balcony.

By 1913 it was known as the Acton Kinema Theatre, a name shortened to Kinema by 1922 which it retained until 1930 when it was wired for sound and under new owners re-named Carlton Cinema.

It change owners again in 1937 and was re-named Rex Cinema and was closed in around 1943. The frontage of the building was altered and only the depth and shape of the auditorium part of the building gave a hint to its previous cinematic use. The building was used as offices for Barrett Maintainance Services Ltd. It was demolished in 2007, and housing built on the site.