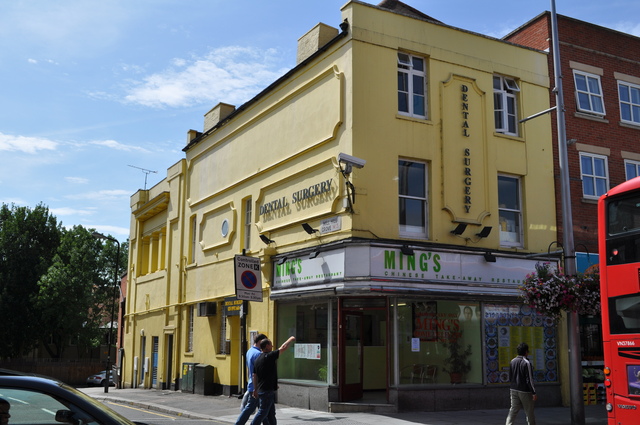 Located in Acton, west London. Opened as the Crown Theatre on 2nd November 1911 it was the second cinema to open in Acton and was built by Messrs. Field and Son. Seating was on a single floor in the stalls and it had a proscenium opening that was 26 feet wide and a small stage 14 feet deep. The main entrance was on High Street and the auditorium was located on Mill Hill Terrace.

From 1913 it was re-named the Crown Kinema and operated throughout its life under several independent owners. It closed in around 1946 and in later years the the auditorium had been converted into a snooker club. This section of the building was demolished in August 2003 and residential flats were built on the site. The original facade and entrance foyer on High Street remain in use as a Chinese take-a-way restaurant in the foyer and a dentist in the offices above.