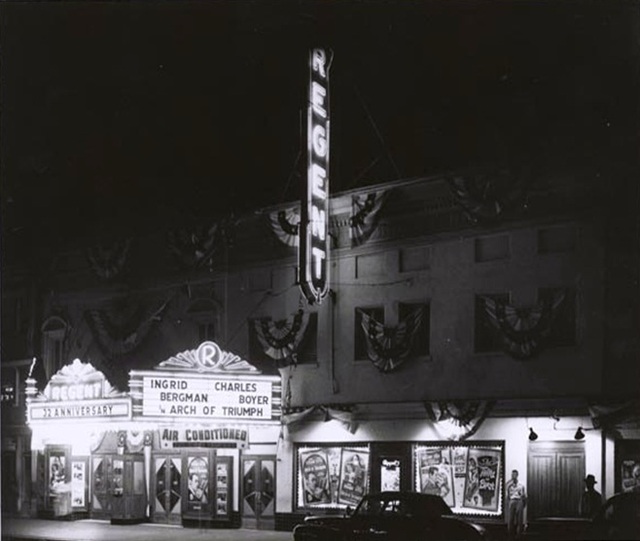 I’m trying to get information on a 1940’s band called Icy Hot, a successful vaudeville group that performed at the Regent Theater on Pennsylvania Avenue. The band was made up of five guys from Douglass High School. This theater was located down the street from the Royal Theater.

The Regent Theater was opened on June 19, 1916 with a seating capacity for 500. It programmed ‘high class photo-plays and vaudeville’. In 1920 adjacent lots were purchased and the theater was enlarged to 2,250, using the original entrance. A balcony had been added and there were box seats. It reopened on January 31, 1921. The theater catered to an African-American audience. In June 1922 a 2 manual Robert Morton organ was installed and was played by organist Jerome Carrington. Artistes who appeared on stage at the Regent Theater include Cab Calloway, Sisle & Blake, Lena Horn and Ethel Waters.

The Regent Theater was equipped to screen 3D movies in April 1953, by then the seating capacity had been reduced to 1,474. It was closed in December 1974, and was demolished.

In 1920 the same architects were commisioned to enlarge the theatre, retaining the original entrance facade and it re-opened in January 1921 with an increased seating capacity of 2,250, that included 400 seats in a newly constructed balcony. In 1922 a 2 Manual Robert Morton pipe organ was installed. Remaining a Negro theatre, the stage was well used in the variety shows which accompanied the movies, with artists such as Cab Calloway, Sissle & Blake, Lena Horne & Ethel Waters appearing here.