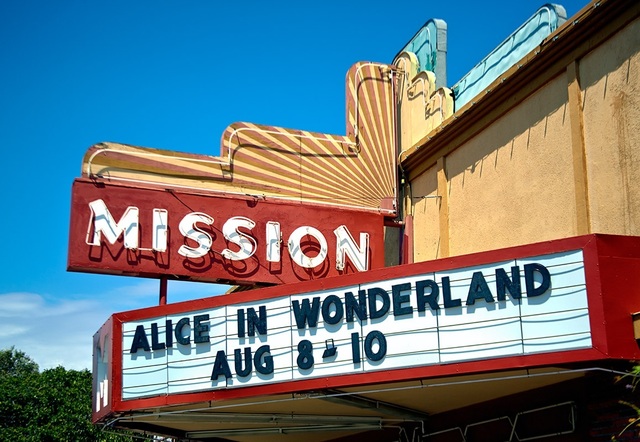 The Mission Theater was built in 1936 as a movie theatre. It was still screening movies into the 1970’s. In the late-1980’s this theatre was transformed into a live performance theatre.

I’ve found opening dates claimed on theater web sites to be in conflict with the historical record several times. In some cases something bad might have happened to the original theater and it had to be replaced, but in others I think local memory has just gone a bit fuzzy.