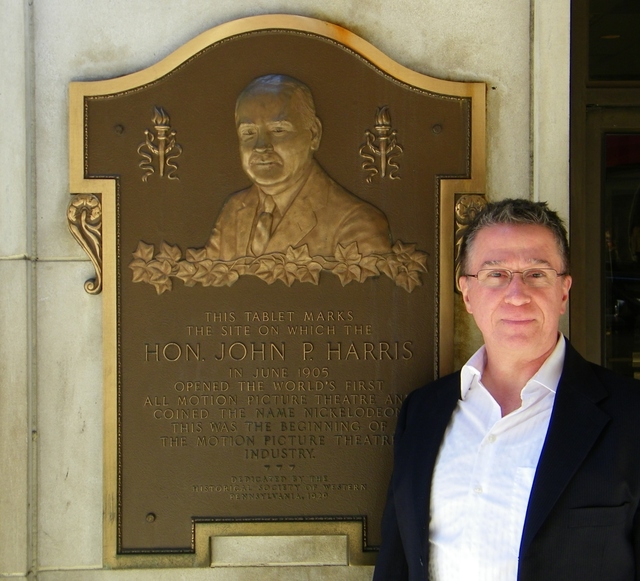 “19 June 1905-The first theater in the world devoted exclusively to the exhibition of motion pictures was the ‘Nickelodeon’, which was opened by Harry Davis in an empty store at 433-435 Smithfield Street, Pittsburgh, Pennsylvania. It had 96 seats taken from Davis' theaters. Among the first films were "Poor But Honest” and “The Baffled Burglar”. It was later enlarged to seat 200.

It’s almost certain that this was the first theatre to be called a Nickelodeon, but even more certain is that it was not the first theatre in the world devoted exclusively to the exhibition of motion pictures. It’s even possible that there were such theatres operating earlier than 1902 when Thomas Tally opened his Electric Theatre on Main Street in Los Angeles, widely believed to have been the first permanent theatre built specifically for the exhibition of movies.

There is an interior photo on this page that alleges to be the Nickelodeon:
http://tinyurl.com/tq7fr

Can anyone explain why the numbering of addresses on a single specific commercial block, such as one in Downtown Pittsburgh, would change?

For the record, in addition to the 96 seats, patrons on crowded days also occupied standing room.

I suspect the records-keeping was casual at best. Titles, especially, may be used many times, even for major films that have no relationship to one another such as “The Enforcer,” “Crash” and “(The) Unforgiven.”

A Los Angeles-based showbiz attorney told me a few years ago he could not explain how and when certain titles acquire a “hands off” status (think “Gone With the Wind” and “The Sound of Music”) while others may be used again almost immediately.

Surely copyright laws did not govern the naming of seven-minute movies made back in 1905. But that’s just speculation.

What is still to be determined is the first “built from the ground up on an empty lot” movie theater. This is, in July 2008, unknown.

The June 4, 1955 issue of Boxoffice ran a two-page story about the launch of the Nickelodeon, characterized as the “first movie theatre”. It was by the late (even then) Alexander Parke, as previously told to Boxoffice staffer Robert F. Klingensmith. “The converted store rooms provided space for 96 old red plush-covered opera chairs, later the seating arrangement was changed to accommodate 200 chairs and a standing room space in the rear.”

Cited for safety violations in 1905 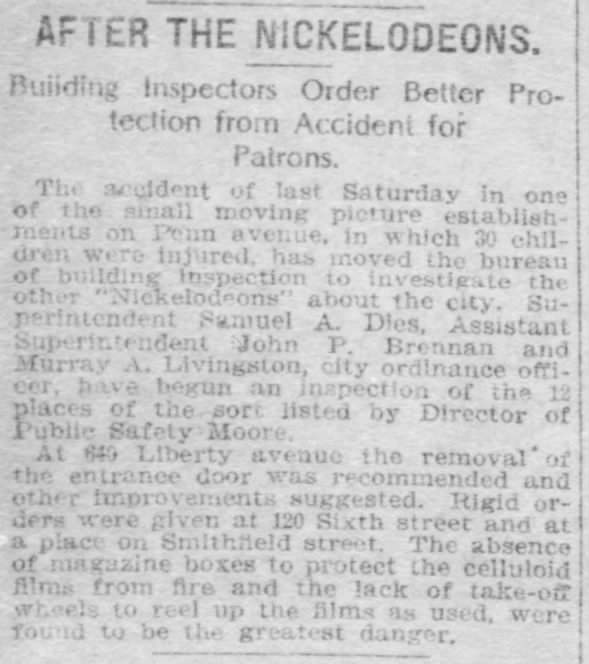