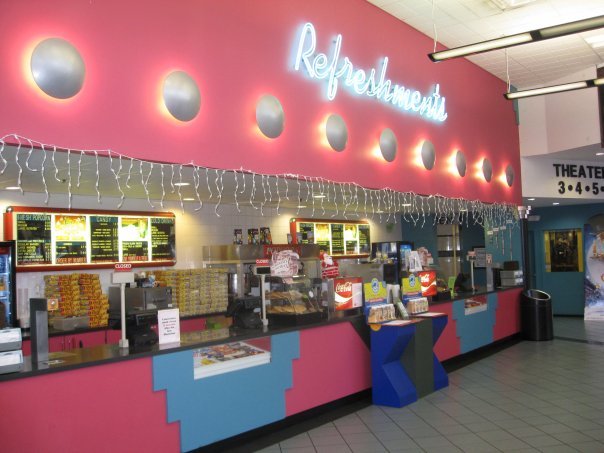 Although this theatre is briefly mentioned on the page for the former 1940’s-era Arlington Theatre (demolished in 1986), which was at 115 N. Evergreen Road, the present theatre bears no relation to the previous one.

The present day Arlington Theaters was built in 1999, opening on December 17, 1999 with 1,540 seats. It was part of an effort to revitalize the downtown Arlington Heights area with new condos, restuarants, stores, and a live theatre, the Metropolis Performing Arts Center. The developer was Joseph Freed and Associates.

The Arlington Theaters featured the Cinema Cafe, where patrons could have a sit-down snack, free internet access, children’s birthday party packages, group admission packages, and dinner-and-a-movie packages which are offered Monday and Thursday in conjunction with local restaurants.

Has this theater reopened yet?

I came here tonight with my wife to see American Sniper. They did a wonderful job redoing this theater. It now has dining and drink options a bar in the lobby and comfortable seating. My tip to anyone who goes is to get to your show early. Seats fill up fast due to the reduced seating. But hey, you can always hang out at the bar!

Does CMX stand for anything?

Cinemax of Mexico is the parent company CMX cinema, thus the they use they use the abbreviated version of their name

Listed by Google as permanently closed. No website, phone #s are disconnected. Last update on Facebook page is May 2020. Status should be closed.