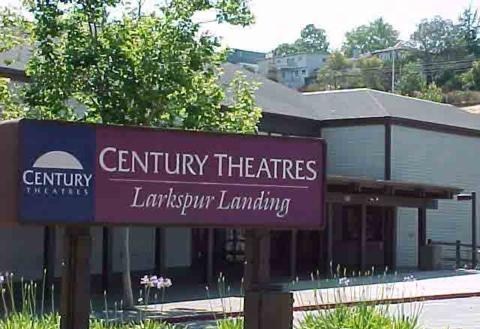 The Larkspur Landing Cinemas opened on August 9, 1978 on the edge of a new shopping center that was built on an old rock quarry site on Sir Francis Drake Boulevard in Larkspur.

Originally operated by Festival Cinemas, it marked the very first multiplex to be built in the Marin County area. Later taken over by Mann Theatres. In the early-1980’s, such hits as “ET” played here, and lines would snake around the block as people waited. The Festival Cinemas was not without troubles, though, as parking lot restrictions forced the theater to not operate during the daytime on weekdays with the exception of the final week of each year. Then its operators got into a heated argument with Disney in the mid-1980’s, and no further Disney films were ever played there again. By the early-199’s, the Festival 4 Cinemas suffered from lack of maintenence, as screens started sporting rips, and numerous seats were left broken and “bagged”.

Century Theaters bought the Festival 4 Cinemas around 1999, and did a fantastic job of refurbishing the entire theater. The most dramatic change was in the front lobby, which was converted to have a more “cafe” style snack bar while also creating much more room for traffic flow. Cinemark Theaters recently bought the entire Century Theatres chain, so it has yet to be seen what, if any, further changes will take place.

After almost 30 years, Larkspur Landing Cinemas still survives with its smaller four screen operation despite the era of the megaplex.

I believe this theatre was actually opened by Festival Enterprises, which was later acquired by Mann Theatres.

This opened on August 9th, 1978. Grand opening ad in the photo section.

Opened on screen 1 with “Hopper”, screen 2 with “Revenge of the Pink Panther”, screen 3 with “Eyes of Laura Mars”, and screen 4 with “The driver”.