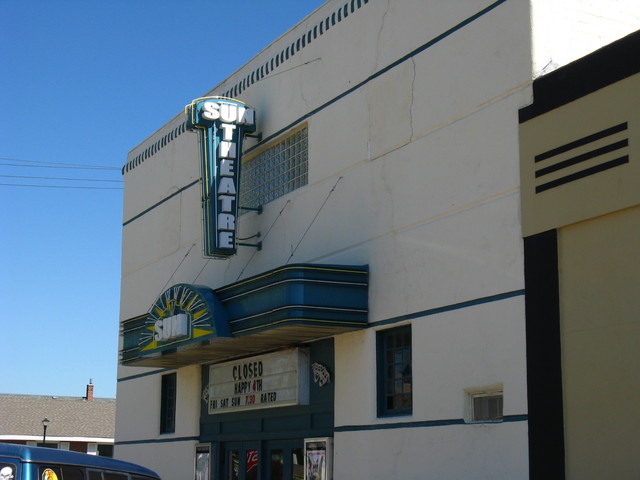 Built as an Opera House in 1909. It became a movie theatre in 1917 when it was renamed Sun Theatre.

From Gothenburg photos of the Sun Theater Here and Here taken in 2010.

Not only open, but in wonderful repair, fresh paint and a snazzy marquee. Nice!

The “History” page of the Sun Theatre’s official web site says the theater was built as an opera house in 1909 and became a movie house in 1926. However, there is this item from the December 27, 1917, issue of Exhibitors Herald:

“Gothenburg, Neb. — Gothenburg’s new Sun Theatre, a motion picture house, was opened to the public recently. Between 1,500 and 2,000 people witnessed the two performances on opening day. Nate Desky of Brush, Colo., is owner.”

That 1917 is when the Opera House was converted into a movie theater called the Sun is confirmed by this notice from the July 21, 1917, issue of The American Contractor: