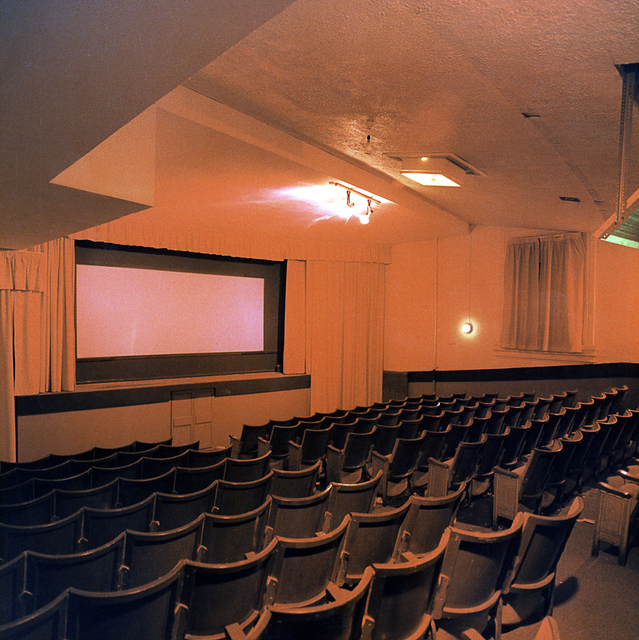 This very imposing cinema building on Talbot Road opened at Easter 25th March 1940 and had 1,447 seats. It looks like a typical ‘Odeon’ circuit cinema, but it was always operated as an independent. It closed as a cinema with the film “Tootsie” in 1983 and was converted into a bingo club.

However this too had closed in July 1985. The Plaza Cinema was re-opened again as a cinema on 18th October 1985 with Walt Disney’s “Peter Pan”. By August 1988 it was converted into a three screen operation with seating capacities in the screens listed as 450, 165 and 120. The Plaza Cinema finally closed on 4th January 1999 with a screening of “Prince of Egypt”. The Apollo group had opened a new multiplex cinema in Port Talbot.

The Plaza Cinema has stood empty, unused and ‘For Sale’ since closing. By 2018 it is owned by the local council. It is a Grade II Listed building.

The auditorium was demolished in September 2020.

A set of photographs of the Plaza Cinema in recent years, when open and sadly closed:
View link

The cinema building was purchased by the local council (Neath Port Talbot Council) in October 2009. It is however still un-used and neglected.

Here are some video links of Plaza.

Is anyone able to give a definitive, evidence-based, answer on two claimed “facts” about this cinema.

“Fact 1”: This late 1930s development was a joint venture between Odeon Theatres and local business men; but Odeon pulled out because of the completion delay and bought the Majestic down the road. [It is true that Odeon Theatres did buy the Majestic in 1943; and the architect of the Plaza was Howard Williams of Cardiff (one of the local business men?)] Is the joint venture a myth?

“Fact 2”: The Plaza was divided into 4 screens. Studying interior photos on ForlornBritain.co.uk it looks like there were 3 screens (two in the rear stalls served by periscope projection; the third being the original screen viewed from front stalls and balcony). It is claimed that the balcony was partitioned off in some way and this was later removed. It would have been a substantial wall to give sound-proofing and to hold a screen and speakers. Had it been there, removing it would have caused significant internal damage but the photos show no sign of damage or of making-good. Also, how could a beam be projected to such a screen?

“Plaza1985” (Alex) Ran the cinema when it was subdivided.

For fact 1 I have no idea – I’ve come across nothing to support the claim.

As for fact 2 it was divided into four screens with a periscope arrangement for the balcony screen as far as I am aware. This was removed in 1997 when the front stalls floor became rotten and the balcony was served by the original screen again. Alex would be able to provide more information to support this however. Will point him to your comment!

In reference to the above I believe the original owner was the Woodavon Cinema Company.

Press reports (2018) that the closed building is owned by the local council and may be opened as a multi-purpose community facility also including some shops and offices ,with substantial funding available for the regeneration project but subject to an operator/organisation being found by a procurement process.