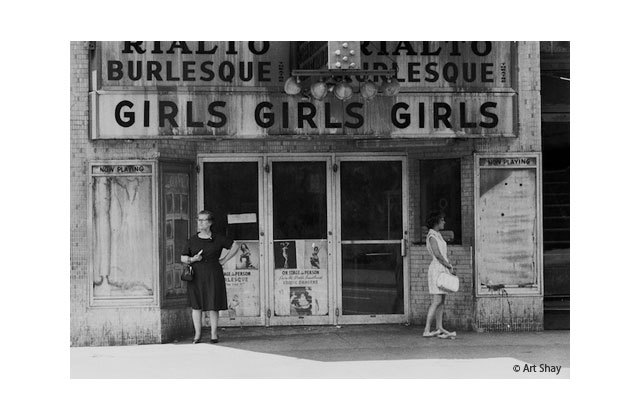 This was seemingly always a seedy joint. Opened in 1906 for the Jones, Linick & Schaefer circuit as the U.S. Music Hall, it was shut down briefly in 1916 for indecency, as it was always primarily a burlesque house. In 1922 an abandoned baby was found there; in 1932 there was a rapist and killer caught there; over the years gambling was broken up, mob links were found, and it was shut down repeatedly.

By 1934 it had become the State-Harrison Theatre. By the mid-1940’s, it had gone burlesque before the city shut it down at the end of 1954 for lewd conduct. By 1967 it was called the Rialto Theatre, probably for the associations people had with the old Rialto Theatre a couple blocks north, when it was shut down again.

For many years, a large two-level parking garage sat on the site of this theatre, but today, the University Center of Chicago is on the site, containing dorms and retail space.

Not to be confused with the other Rialto Theatre located a couple of blocks away at 336 S. State Street. which was also a burlesque theatre and has its own page on Cinema Treasures.