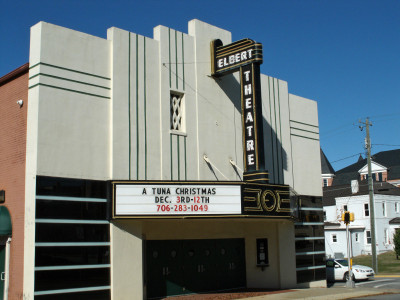 The Elbert Theatre opened on February 23, 1940. It was damaged by a fire in August 1950 and reopened in November 1950. Since 2001 the theatre has been used for live theatre as well as for first-run movies.

either that or MARTIN……..