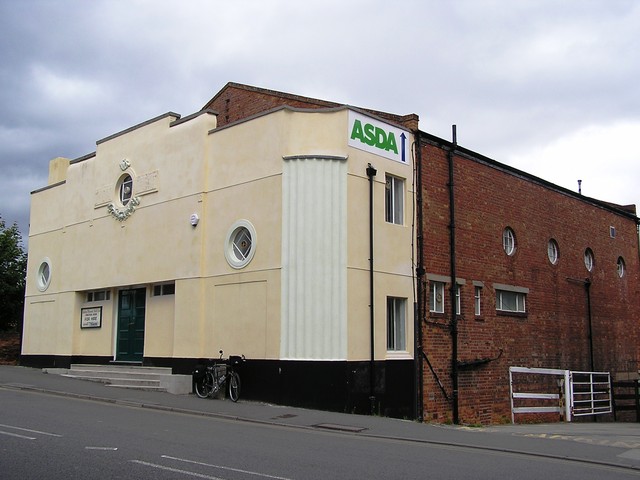 Located in Retford, Nottinghamshire. The Regent Theatre opened as a cinema in 1911. It was re-named Ritz Cinema in 1934, and was closed in 1957. It had 665 seats in stalls and circle, but was the least advantageous site in the town.

It has not been gutted internally, but in its current role as a Masonic hall, it reportedly “needs imagination” to picture how it was as a cinema.