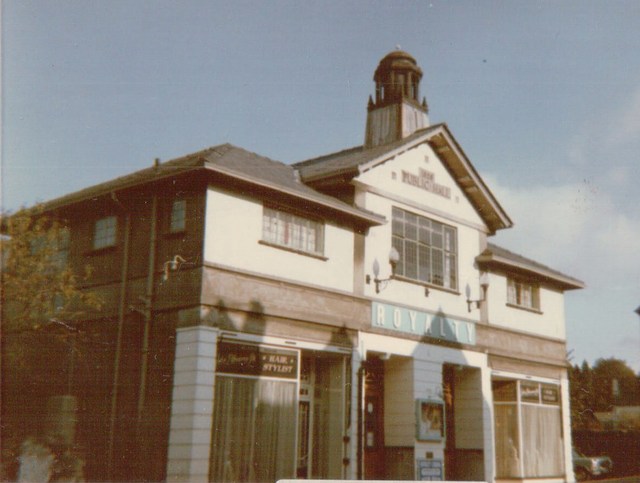 It started out as the Public Hall in March 1927 and screened its first film at the opening ceremony. The hall was also equipped with a stage and dressing rooms, and the flat stalls floor had removable seats and a maple dance floor for conversion to a ballroom. However, film was the staple fare. There were just over 600 seats in the stalls and balcony.

Extremely long leaseholders, giving some indication of its success throughout the years, have most unusually been a feature of this cinema. From 1930 (when it was renamed Royalty) to 1952 (when he died) Leonard Clegg held the lease. Next Ronald Cowpe retired after his period from 1952 to 1974. The next leaseholder, John Bailey, also died in 1991 after 17 years in control and for a while, the local council controlled the cinema to prevent it from closing until Charles Morris took over in 1992, and long may he continue!

The cinema has been considerably improved in recent years. In 1995, a second screen was added using the long disused stage as the auditorium with the former dressing rooms as a new foyer and toilets. This seats 100 and is air conditioned. The following year a third screen was added in the former circle lounge and ladies toilets (new ones were created elsewhere!). This seats 65 and is also air conditioned. The original auditorium remains unaltered, but has been thoroughly refurbished and made more comfortable. It now seats 400, using the same space in the stalls and circle as the original 600 seats and still under the barrel vaulted ceiling.

This was the beginning of the Northern Morris Circuit, a group that rescues old cinemas and takes pride in creating the movie experience.

Royalty cinema still going strong as of May 2015.It now has a 2/7 WurliTzer from the Rex Stratford installed under the stage.May 19th sees the start of excavation for a lift for the Wurlitzer console and the addition of a phantom piano.

As of June 2018,the local council who apparently own the building still (and leased to Northern Morris) are considering redeveloping the immediate area-including the cinema,saying its in poor condition externally.A poor show from the council,the building blends well with the others from the front .No doubt if it were a privately owned building they would have insisted in it being preserved!

Many years ago I knew the Manager/Lessee, a former ABC Manager called John Bailey. Whenever I was in the area I would call in and he would have a chat and a ‘cuppa’ with me. The last time I saw him was in the 1980’s when I was with my colleague, John McIntosh of ABC Wigan who has now also passed away.

Re The Royalty today, the Local Authority should be grateful that it is operated by someone as committed as Mr Morris. To also house a former ABC Wurlitzer (NOT Odeon as suggested by a photo of the console I saw elsewhere)is an added bonus.

It is a pleasant looking building and should be retained as part of the resort’s Heritage. Perhaps the L.A. who are so concerned ought to carry out an external refurbishment. This would be far more cost effective than an unneeded , unwanted and unnecessary redevelopment.