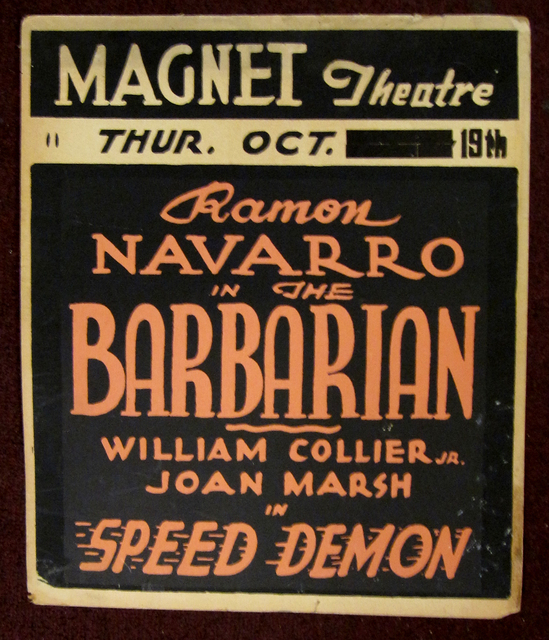 The Magnet Theatre was one of several neighborhood movie theatres scattered throughout Dorchester. Further information welcomed.

The theatre pages of various editions of the Boston Post in the late-1940s have small ads for the Magnet Theatre and the Mattapan Theatre. The two theatre names (with their phone numbers) are at the top of the ad, with the same movies playing at both.

I looked at the Google Street View for this location and there is no building which resembles the 1941 MGM Report photo of the Magnet Theater. The JW church at that address appears to be a newer structure and is even set back from the sidewalk.

Lost- I entered “1428 seats” because that’s what was on the MGM report. As I stated above on the posting of 1-28-07, I was suspicious because the number of seats for both orchestra and balcony was “714” each, or 1428 for both. It appears that “714” was actually the total for the entire theater.

That’s for sure. It was very common to round up the numbers, so that 625 seats, for example, became 700. They never seemed to round down, however!

I have been told that the Magnet was at one time known as the “Colony Theatre”. I don’t know how accurate that info is.

In a 1918 Boston street directory, the Magnet Th. is listed at 295 Washington Street in Dorchester, on the west side of the street, between Faxon St. on the north and Harvard St. on the south.

Ron, I’m writing a book about a man who grew up on Erie St. in Dorchester and went to the Magnet theatre in the late 30s and 40s. I read your description of a photo and would love to see it so I can describe it in the book. Can you help me. my email address is

I went to the Magnet at least once. It was 1943-45 My babysitters and I walked down Washington Street from Columbia Road so it couldn’t have been more than six or eight blocks. The movie? Phantom of the Opera with Claude Rains. I was scared silly. For years, I couldn’t remember what frightened me, only that there was a scene with the masked man and a woman where she was under his control. Recently, I took the film out and was surprised to findi it in color and very well acted and rather mild. But not for this five year old. Art Singer

Don’t know when the Magnet closed. I lived in Fields Corner until 1952 on ADAMS sT. and don’t ever remember this theatre. Only the Dot, Adams and Fields corner in our area.

I just posted a snapshot of a sign that I think came from the Magnet in Dorchester. The time periods line-up well, and I found it at an auction in Malden, so I’m figuring this is a little piece of the Magnet’s history.