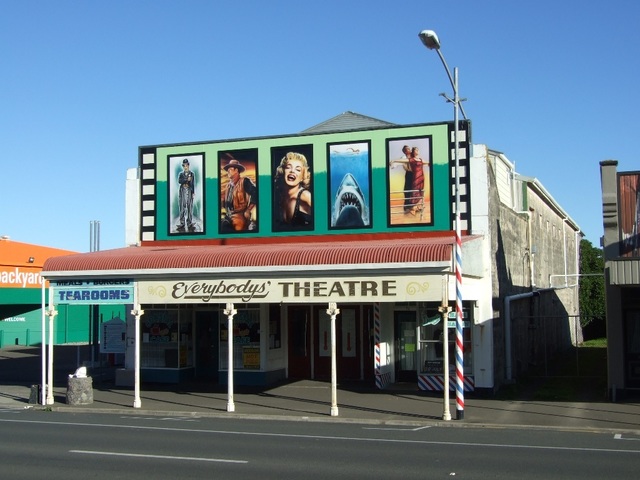 The Everybodys Theatre building was originally Thorpe and Callahan’s general store. The building was converted to a movie theater in 1921.

Today, the Everybodys Theatre is operated by the community, and has two screenings a week of a recent feature film.

Here is another photo:
http://tinyurl.com/ynkbhw