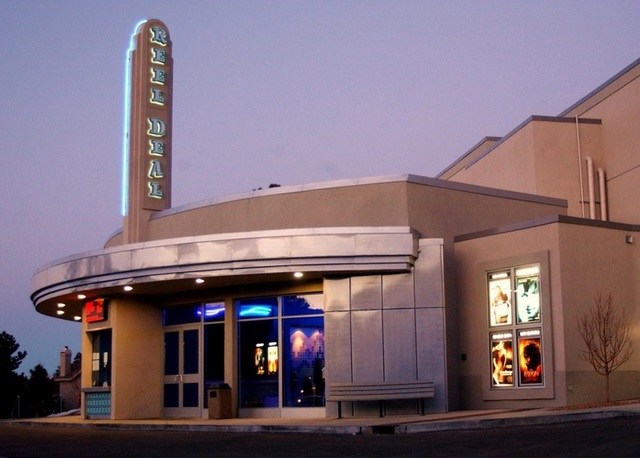 The Reel Deal Theater opened in December of 2003. It was closed on March 16 due to the Covid-19 Pandemic. It was announced on June 9, 2020 that it would be permanently closed.

The Reel Deal Theatre was designed by Santa Fe architect Karen Marsh. The theater was built using ICFs (insulated concrete forms,) and a few photos of it can be seen on this page of the web site of Reward Wall Systems, the company that provided the forms.

The Reel Deal was one of many theaters that closed permanently during the COVID-19 pandemic. The independent theater had opened with the “Lord of the Rings” trilogy on December 25, 2003 and was named for its creator, Bill Deal. It hosted Los Alamos-shot film premieres of 2009’s “Brothers” and 2017’s “Only the Brave” and independent films including the documentary, “The Safe Side of the Fence.”

But with the impact of streaming, downturn in non-traditional revenue from the arcade, and the COVID-19 pandemic shutdown beginning in March of 2020, the indy operation added up the “nut” of operating at 25% capacity and increased cleaning costs required when allowed to reopen in the COVID-19 environment and shuttered permanently. It had tried to find a new operator but was unable to do so in time to reopen when New Mexico allowed it to do so. Final showtimes were on March 16, 2020 with the closing announcement coming June 9, 2020.