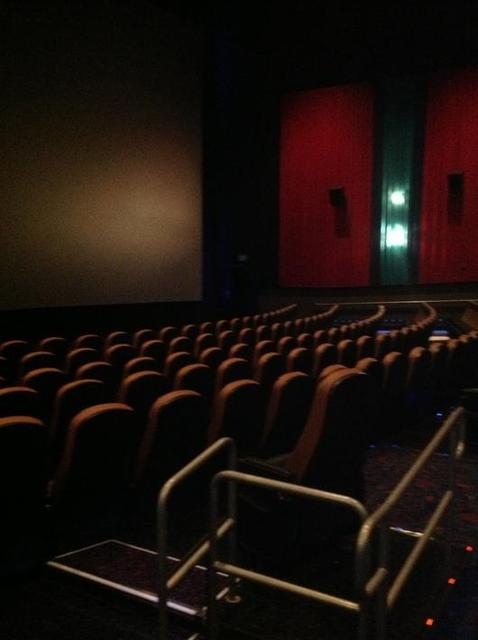 I have not done an official count, but as a regular Cantera 30 moviegoer, I am highly skeptical of that figure. 592 seats sounds about right for the four auditoriums at the center of the cineplex, but for the ones at the edges, I doubt that. I don’t even think there are half that many seats in the auditoriums furthest from the center.

With the AMC-Kerasotes merger on the horizon, this theater along with the Gardens 13, Glen 10, and Showplace 12 @ Bolingbrook will be sold to another chain as part of the anti-trust agreement.

What we don’t need is another 30 PLEX.

A portion of the Cantera 30’s screens will now be dedicated to art house fare: View link

the problem wasn’t that it was 30 screens it was mismanaged for years at Cantera 30. The latest guy in charge ( or last time few times i was there) a weasel looking guy named “ Mark” was to busy yelling at his employees in front of customers or standing around to get more staff to concession stands or clean bathrooms (which were consistently disgusting)

That place is run or was ( through june) piss poor by I’m assuming that Mark fellow who said he was the gm. He consistently had the place understaffed and was a dreadful man to deal with! Regal hopefully cut him loose.

A friend just visited and 13 of the screens have been walled off, making this a 17-plex.

He was correct… the Regal website now has this theatre as the Cantera Stadium 17 & RPX. I’m not sure if the screen reduction was done in conjunction with the RPX renovations, but the timeline (the press release announcing the RPX theatre was dated March 16) indicates that it would have bben close.

March 20th, 1998 grand opening ad from the Tribune in the photo section

Why did Regal downsize this theater? Did they demolish the unused auditoriums? Or are they just walled off and ignored?