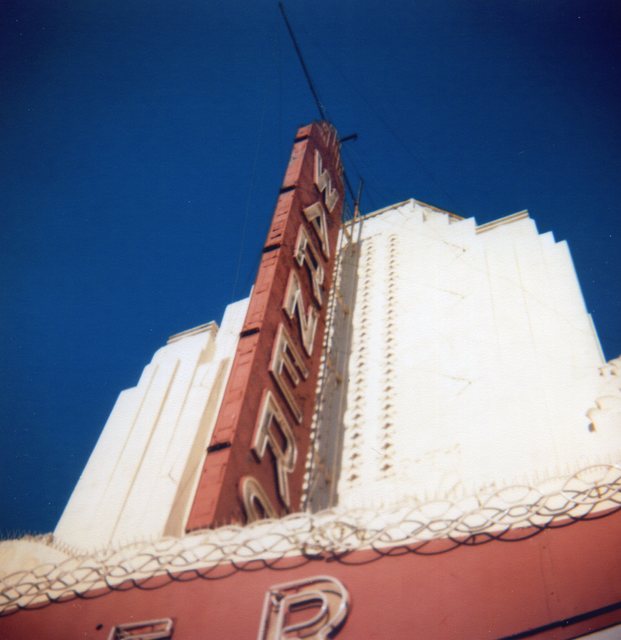 Pacific Theatres was the last chain to operate this theatre and from April 30, 1978 they screened Spanish language movies.

The blog posts on my projectionist stint (in case the link doesn’t for folks) is below:

City of Huntington Park Historic Preservation Commission meeting 5 pm Tuesday, December 16 — Be there to support the Warner. The owner wants to remove the seats and level the floor in preparation for retail use of the theatre. The meeting, at City Hall, will consider the owner’s request for the permit required to do this work. See the Friends of the Warner Facebook page for updates: https://www.facebook.com/FriendsoftheWarner

Just went past the Hunting Park Warners theatre this afternoon. Not good. The inside has been completely gutted and leveled. The lobby and auditorium space are intact but the way the construction was going it’s difficult to say how this will end. Sad too – the marquee still stands beautiful and magnificent as ever.

The Warner is now the home of Blink Fitness, a gym. Most of the wall and ceiling decor in lobby and auditorium is intact, and even nicely restored. Some sort of piping has been suspended from the ceiling, which prevents a full view of it from any given spot on the ground floor, but there’s a good view of the ceiling from the former balcony. The locker rooms are in the former stage area.

The floors have been leveled, of course, including that of the balcony which is now two terraces. It looks like they were just built over, though, rather than ripped out. The mezzanine lounge has somewhat more alteration, but its ceiling is still partly visible. It looks like the projection booth is still there, too, but closed off.

I never went to this theater but if it was like the Warner Beverly it would have had an ornate lounge and rest rooms in the basement, but I can’t find any photos of them, so I don’t know what they are being used for (if they exist.) The terrazzo out front looks pretty good, as does the ornate soffit of the marquee. The box office is gone.

While this project probably increased to cost of any future plans to return the building to theatrical use, it could have been way worse. The building was not gutted, and most of the Art Deco detailing is intact. I don’t know how the gym management feels about people coming in just to look at it, but maybe somebody who can get to Huntington Park can talk to someone there about it. They obviously did put a lot of thought into their adaptive reuse, and I would think they might like to show it off a bit to members of the non-exercising general public.

Google has lots of interior photos (you can move around in them just like in stret views.)

The theatre was still open in December 1991.

Blink Fitness' local manager, first name Edgar, is generally welcoming of people interested to have a look around the interior of the building, including taking photos. 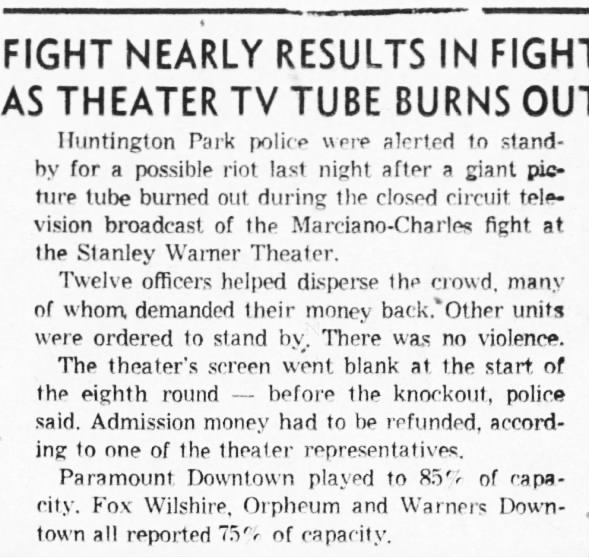 Saw Blade Runner on the upstairs screen in summer ‘82.