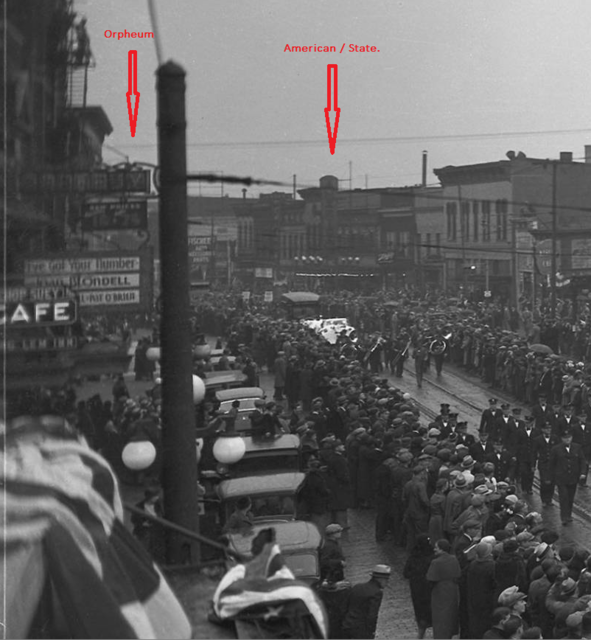 By 1941, the Orpheum Theatre had been taken over by Alliance Theater Corp. who were still operating it until 1949. It was then remodeled by a new operator and was still open in 1957.

A history of Indiana published in 1922 contains a brief biography of Terre Haute architect M. H. Johnson, Jr., and the Orpheum Theatre is included in a list of buildings designed by him and his firm, Johnson, Miller & Miller.

DavidAE’s links to photos of the Orpheum:

David: Cinema Treasures supports Markdown, a simplified substitute for HTML code. If you want to use inline links all you need are square brackets and parentheses. It is described in the LINKS section of this page.

Joe Vogel, Thank You, I cleaned things up. There were almost 3000 photos from Martin Photography pre 1950. The Indiana Historical has many more, but there is a 50 year delay of publication attached to the photos.

A July 4, 1999 article by Mike McCormick in the Terre Haute Tribune Star says that there were two theaters on this site. The original Lyric was renamed the Orpheum at some point, but was demolished to make way for a new Orpheum in 1919. Other sources indicate that the Lyric opened in 1905.

On September 6, 1959, the Terre Haute Tribune reported that the Orpheum Theatre was under new management and would soon be remodeled.