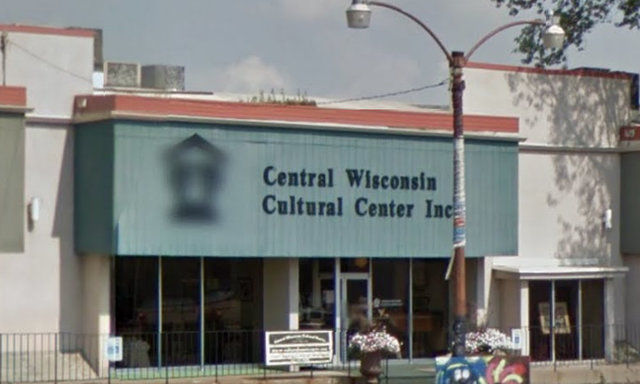 The 600-seat Palace Theater opened January 22, 1915 and was originally used for live theater and motion pictures. Mrs. Henrietta Eckardt bought the theater in 1923 and operated it until she sold it in 1956. She also owned the Wisconsin Theater on Grand Avenue, which she sold at the same time as the Palace Theater. It was demolished in September 2018.

It looks like 114 according to the directory. Sloppy reporting by the newspaper.

Here is the brief history: Brief history: The Palace Theater was built 100 years ago. The building still stands on the west side and has seen many changes in the past century. The structure was built of concrete block, faced with brick. The interior was in Spanish style, quite unusual for a small Midwest city in 1914.

The ceiling was filled with twinkling lights, and during the movie, a cloud machine was turned on and the “stars” could be seen as the clouds passed overhead. There also was a grand Barton pipe organ that was played by a local musician during silent movies.

There was a Saturday matinee for children, usually a cowboy show, and a double header on Friday night. A signal that the movie was about to begin was when the usher, dressed in a uniform and hat, walked to the stage to open the curtain. At that time, ushers also took tickets and helped movie-goers find their seats.

The theater was owned by Robert A. McDonald until 1920. Early ownership is sketchy, but Frank and Henrietta Eckardt were owners after McDonald. The couple owned three theaters in Wisconsin Rapids during the first half of the 20th century.

In 1957, Palace Recreation became the custodian, and there was a dance hall, lunch counter and pool room in the building. The slanted floor was made so it could be tipped up on one end to make a flat floor when needed.

In 1962, Ed-Syl Furniture occupied the building until Sears Roebuck and Co. moved in two years later. John Potter bought the building from the Kruger-Walrath Co. in the mid-1960s. After Sears moved out in 1972, the building was remodeled and made into separate stores. Kim’s Classic Shoe Rack was on the lower level and Mr. Image barber shop on the main level.

DeByle’s clothing store bought the building in 1980 and changed the interior into one store on two levels.

The building has been owned by the Mead Witter Foundation since 2001 and has become a home for the arts. At one time, the Cultural Center, Arts Council and community theater had offices there. Today, the Cultural Center offices and display fill the main floor, and musicians come in once a week to perform. On the lower level there is a meeting room and pottery and mosaic studios. Home-school students meet there once a week to learn about the arts.

The foundation’s first purchase in the Theater Block was the old Wisconsin Theater building that was left vacant by previous owners. The next purchase included the Palace Theater building that was the home of a clothing store that closed. Sieber’s Restaurant offered to sell its building, as did the Potter family who owned two parcels of land. That area became a private park in 2002.

Demolished in September 2018. Photos in below link.