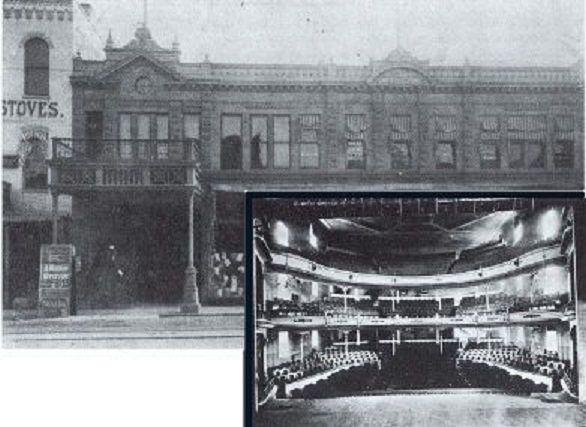 Opened in 1881, Cairo’s Opera House later functioned as a movie house. It continued to operate until 1947 when it was closed. It was later demolished.

The 1897-98 edition of the Julius Cahn Official Theatrical Guide has a “Cairo Opera House” listed for Cairo IL with 1,256 seats. Unfortunately, the Cahn Guide does not have local street addresses. I suspect that the older opera house burned down after 1898 and was later replaced by this theatre.

The Opera House was an African American movie theater for many years. I believe it burned down in the 50’s.

The destruction of the Cairo Opera House by fire was reported in Boxoffice of February 15, 1947. The fire broke out shortly before noon on February 7, and destroyed five buildings.

Another brief item in the magazine’s issue of April 12 said that the Opera House had opened in December, 1881, with Fay Templeton in “Mascotte” and that the last stage production at the house had been Irving Berlin’s “Music Box Review,” presented in 1937. 56 years was an impressive run for a small town theater.

I would surmise that the discrepancy in seating capacity between the 1890s and the 1940s was probably the result of the closing of some part of the auditorium— probably upper galleries and side boxes— when the house was converted for showing movies. The main floor might have been reseated with larger chairs and wider rows at some time as well.