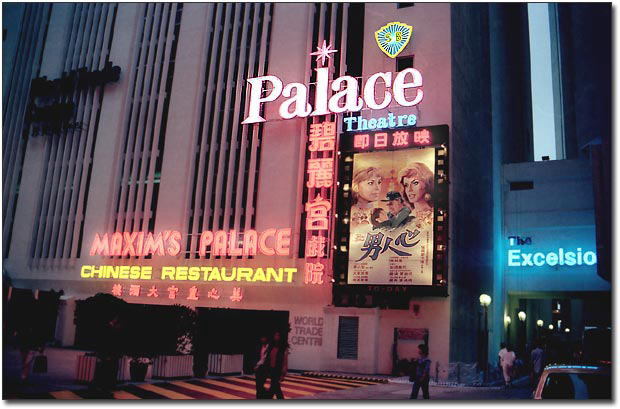 The Palace Theatre on the Hong Kong Island was regarded by local movie-goers to be the most luxurious in Hong Kong in the 1980’s. It was situated in the Causeway Bay district. Its lobby and the stalls only auditorium with stadium seating in the rear part was on level two of the podium of the World Trade Centre. The spacious lobby was the largest in Hong Kong.

The theatre was converted from a de-luxe night club which was closed in 1978 due to poor business. The decoration of the former night club was partly retained by the designer of the theatre.

The Palace Theatre opened to business on 14th November,1979 with “Alien” and it showed first run English-language films until its closure on 25th April 1994.

The interior of the podium was demolished and rebuilt as the World Trade Centre.