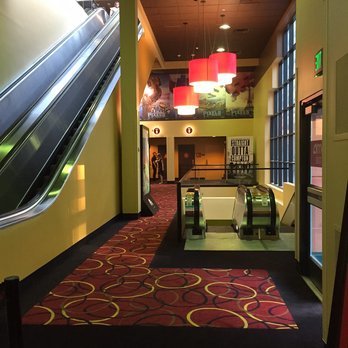 The AMC Santa Monica 7 is one of three new cinemas which opened along Santa Monica’s fashionable Third Street Promenade in the early-1990’s. It opened March 16, 1990 with a total seating capacity of 2,100. By 2020 it had been equipped with recliner seats and the seating capacity was reduced to 683.

AMC had better turn this place into another Dine-In. It’s the only way the theatre will compete against ArcLight. And Laemmle.

I would assume this will be the last year the Broadway 4 Theatres will be in business. A dine in Theatre could be the only way AMC7 would stay open. Arclight SM would be the promenent theatre in SM and would really eat away at the competition.

I think they just need to change the seats to recliners like they did with the Fallbrook location. That alone turned Fallbrook 7 into a destination theater for the West Valley. Every time I go there it is so crowded, you have to get your seats at least a day early for popular films. Not every tourist will want to pay $16 for a matinee.

Will this be Arclight’s first built from the ground up theater since the first one in Hollywood?? I think it will be. I wonder if they will still leave the same footage as the screen height between the front row of seats and the screen as they have in Hollywood?

I believe the La Jolla (San Diego), Chicago (opening later this year) and Virginia (opening in 2015) ArcLights are built from the ground up.

AMC is currently renovating this place after hours.

There seems to be more renovating going on. I walked by today and there appears work is being done inside, and the only have 3 screens in operation.

Correction ?is AMC is still renovating this movie theater