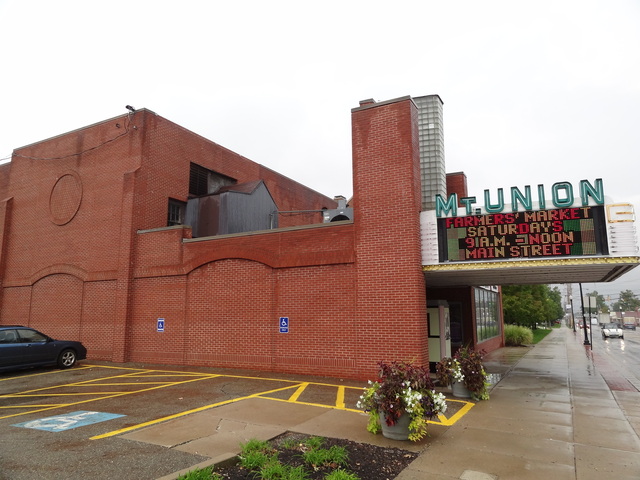 Opened in 1939 with the “Wizard of Oz” as feature. After closing, it was owned by Mt. Union College in Alliance, Ohio and used for college functions. Still in excellent condition and was a shame that the college didn’t operate it for classic movies. The college demolished the building in 2013 to build a new facility.

An article in the New Philadelphia Times Reporter, dated August 18, 2013, and headed “New landscape at Mount Union” contains this line: “The most noticeable to students and community members alike is the construction of the as-yet-unnamed health and medical science building, which runs parallel to a busy section of South Union Avenue, where the Mount Union Theater once stood.”

Apparently, Mount Union University has demolished the Mt. Union Theatre- another shameless act of destruction by an institution of higher learning and lower behavior.

Marsch Theatres should be added to the list of previous operators