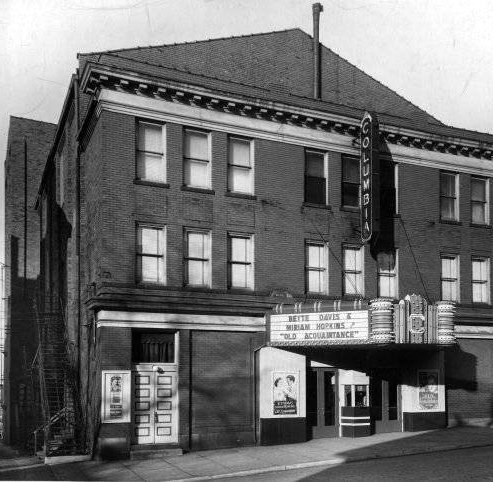 It’s nice to find this kind of information and photos of old defunct buildings. Thanks for sharing.

The Columbia Theatre followed an unusual policy in the summer of 1934, as noted in the July 3 issue of Film Daily:

“Alliance, O.— The Columbia Theater, which closed June 1, will reopen July 5 with stage attractions and first-run films, playing the last half of each week. House will be closed the first half until Sept. 1, when it resumes full time. Ray Wallace, manager, also operates the Morrison and Strand.”