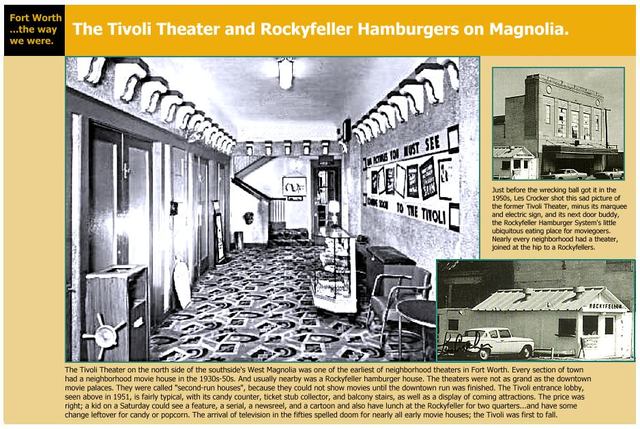 The Tivoli Theater opened around 1929.

This was Liz Smith’s hometown movie theatre as a girl. She was a great person. Got to see “The Last Of Sheila” because of her column on it’s 25th anniversary with the stars Dyan Cannon, James Coburn, and Richard Benjamin. They were all nice to me and signed the 8x10 lobby cards of the film (given to me by Granada Theatre, operated by Mr. Max Schiering in Brooklyn. The 25th anniversary of “Sheila” was given by Todd (a prominent fashion designer) at the Guild 50th Street Theatre in NYC in 1998. Thanks, Liz.