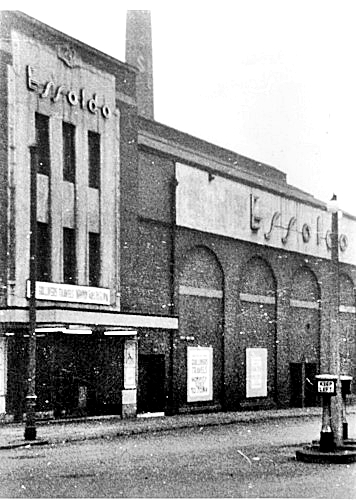 The Dominion Theatre was opened on 3rd December 1930 with George Arlis in “Disraeli”. Designed by architect Joseph Gomersall, a local Salfordian who went on to build many excellent cinemas in the Dury & Gomersall partnership. It was located at the corner of Ordsall Lane and Regent Road in the Regent Bridge district of Salford. It was built for and operated by the J.F. Emery Circuit.

By the 1960’s, the cinema was struggling due to the onslaught of television and, in 1966, the owners applied to the council to turn the Essoldo into a bingo hall. Although this application was originally turned down, the cinema did become a bingo hall in 1968 having shown its last film in February of that year.

It remained the "Windsor Bingo Club" until it was demolished in 1978.