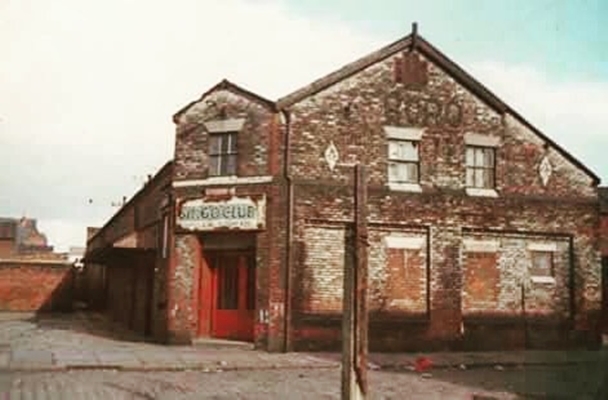 Located in the Ordsall area of Salford at the corner of Trafford Road and (the now non-existant) Halliwell Street. The Borough Cinema was opened on 9th April 1925 with Sydney Chaplin in “Her Temporary Husband”. It was designed by William Johnson, who also operated the cinema. The screen was located at the Trafford Road entrance of the building, so patrons walked away from the screen to obtain their seats. In 1926 to 1928 it was operated by the J.F. Emery Circuit.

The Boro' Cinema was equipped with a British Talking Pictures(BTP) sound system on 21st October 1929, the first ‘talkie to be shown was Jack Holt in “The Donovan Affair”. By 1937 it had been taken over by the H.D. Moorhouse Circuit.

In 1950 under new ownership, it was refurbished and a Western Electric(WE) sound system was installed. The Boro' Cinema was closed in 1958.

It was converted into a bingo club, which closed in 1974, and the building was demolished later that year.