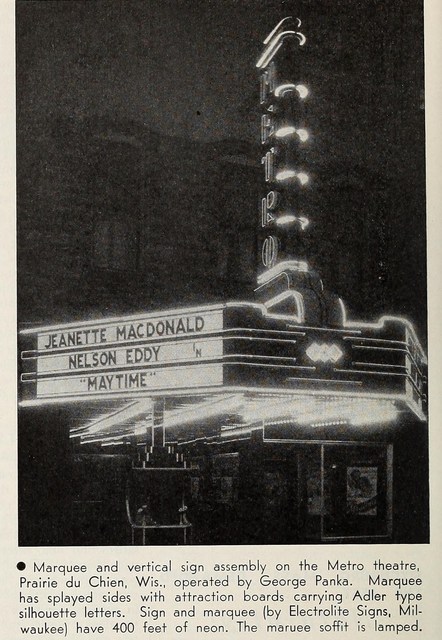 Per the preceding post, status should be changed to closed, and function to office space. Thanks for the information on the status.

Boxoffice of May 27, 1950, reported that construction was progressing rapidly. The new house was a replacement for a theatre destroyed by fire the previous year. The architect for the project was Myles Belongia.

The Metro Theatre was still in operation in the 1980s when it was renovated by AGT Enterprises, according to this article in Boxoffice of February, 1994. AGT also opened the two-screen Showboat Cinemas at Prairie du Chien in March, 1984, and the Star Cinemas a decade later.