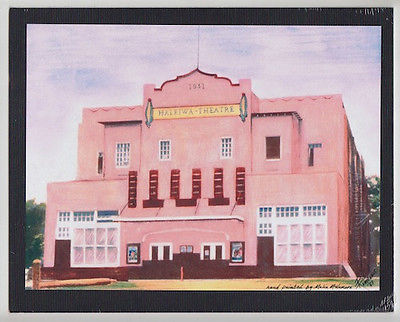 This was a beautiful but run-down theater on the North Shore of Oahu where I first saw “Flash Gordon” in 1980. In spite of protests, it was demolished in 1983 to make room for a McDonalds and 7-Eleven.

The Haleiwa Theater was built in 1931.
In the late 70’s/early 80’s, they would also feature local rock and punk bands, as my uncle had played there for a “Battle Of The Bands” contest. It would have been the perfect setting with the surfing community out there. The land it was on had been purchased, but there wasn’t enough of a push to preserve the building. While I never went in, I’ve stood outside of it a few times and it had the feel of a school auditorium.