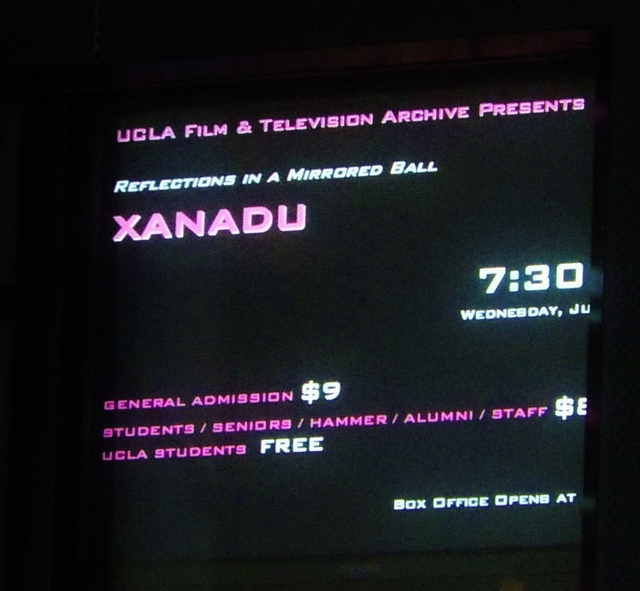 The $7.5 million Billy Wilder Theater at the Hammer Museum opened in December 2006 as the official venue for the UCLA Film & TV Archive, the second largest archive of film and television in the country. (Only the Library of Congress contains more titles.)

The museum is located directly across from the Mann Festival Theater(which closed in 2009). The Billy Wilder Theater, named for the director, is located in the courtyard level of the museum.

Because of the wide variety of programming, the Billy Wilder Theater is able to show a wide range of film and video formats. In addition to film programming, the theater is also used by the Hammer for "artists' lectures, literary readings, musical concerts, and public conversations."

Here is some information from an architectural perspective:
http://tinyurl.com/4pvwqf

Where did UCLA FIlm & Television Archive hold their public screenings before this theatre opened?

They used and still use the James Bridges Theatre near Melnitz Hall on Campus.

That doesn’t seem to be listed here. Would you like to add it?

Here is the website for the James Bridges Theater on the UCLA campus for possible inclusion: http://www.tft.ucla.edu/facilities/james-bridges-theater/