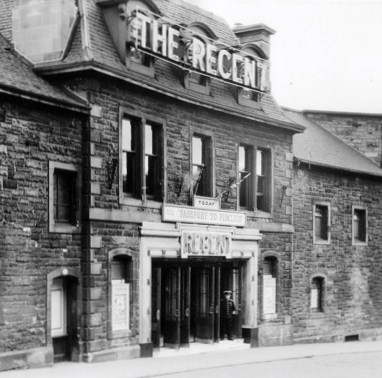 Converted from Youngers;St. Anne’s Brewery buildings, the Regent Cinema opened on 1st August 1927. It was a project of independent operator Graham Youll and the conversion was carried out by architect T. Bowhill Gibson. In March 1928 it was taken over by General Theatre Corporation (GTC), who were taken over by Gaumont British Theatres in May 1928. Late in 1929 it was fitted with a British Acoustic sound system. The Regent Cinema had a 30 feet deep stage, a Compton 2Manual/6Rank theatre organ was installed and there was a tea-room for patrons.

Later operated by the Rank Organisation it was closed on 2nd May 1970 with “Carry On Again Doctor” and Oliver Reed in “The Trap”. It was used as an occasional Fringe theatre and also a live rock concert venue for a while, but this proved to be not very successful and the building was standing derelict in 1984. It was subsequently demolished.