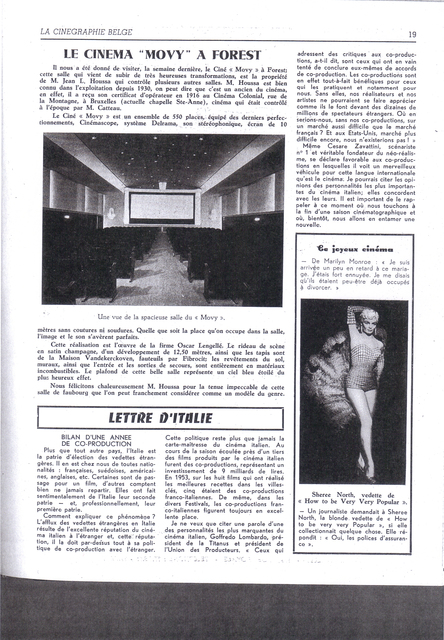 The Movy-Club Cinema is on the border between Forest and Saint-Gilles districts in Brussels. Opened as the Movy in 1934, it was a traditional neighborhood cinema and was designed by architect Leroy in a style that blended Art Deco and Modernism styles. It is located within an apartment block and there is much movie memorabilia on display in the foyer.

The Movy-Club Cinema showed arthouse films and classics, and was closed in the late-2000’s, due to the owner retiring at 70+ years. In 2016 proposals were made for the cinema to be taken over by the local council and used as a Community Arts Centre.