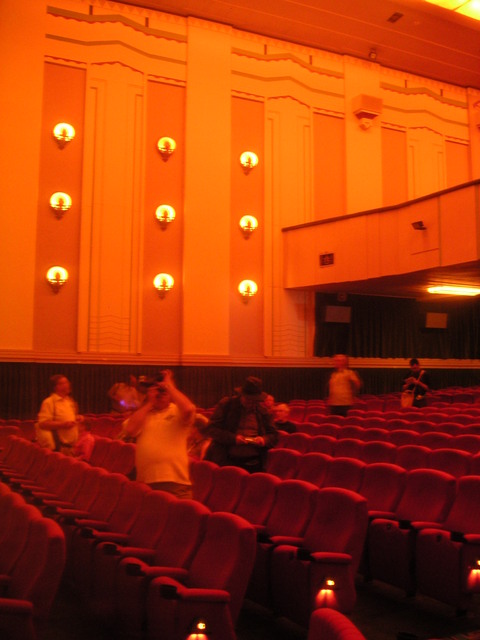 Located in the Randwick district of Sydney, the Ritz Cinema opened on 26th July 1937 with George Brent in “God’s Country and the Woman” & Olivia De Haviland in “Call it a Day”. It had a seating capacity of 982, located in stalls and circle areas. Designed in a modern Art Deco style by architect Aaron M. Bolot it was initially an independently operated cinema, but was taken over by Hoyts in 1954.

Hoyts closed the Ritz Cinema in 1962 and sold it to the ‘Sisters of Brigidine Congregation’ who leased it to an independent operator Pritchard & Darwin, who installed a new screen and projectors and operated it as a ‘budget priced’ house from 1963. In 1984 it was purchased by J. Zaide & F.B. Mezrani who proposed demolition. However, a long battle began to save the cinema and a Conservation Order was placed on the building in 1993. In all this time the Ritz continued to operate under the ownership of J. Zaide.

In July 1996 work began on the construction of three extra screens that were located on an adjacent plot of land. The original auditorium of the Ritz Cinema which was also renovated at this time, now with a slightly reduced seating capacity of 833.

The facade of the new adjacent building was designed to blend in with the original Art Deco facade of the Ritz Cinema and the three new screens opened on 31st July 1997. Screen 2 has 180 seats all on one level on the ground floor and screens 3 & 4 have 240 & 210 seats located in stalls and balcony levels. In 2001 another two additional screens were added, screen 5 has 208 seats located in stalls and balcony levels and screen 6 has 63 seats in a stadium plan. A new facility recently added for the convenience of patrons is a Licenced bar and outdoor terrace.

The Ritz Cinema is Listed on the National Trust Register of Historic Buildings.

There are some recent photos and historical information on the Ritz found on this site.