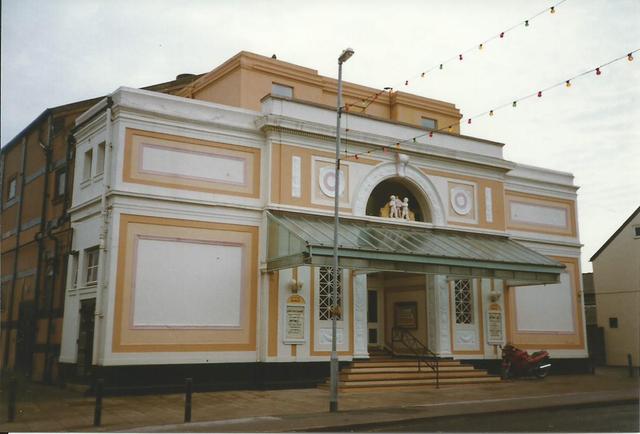 Located in Northwich, Cheshire. The Plaza Cinema was opened by Cheshire County Cinemas Ltd. in December 1929. It was designed by local architects William & Seager Owen, and is a typical late-1920’s style cinema. There is a particulary good ornamentation of two cherubs supporting an early film camera which are set into an arch over the main entrance.

The Plaza Cinema was converted into a bingo club in the early-1960’s and remained in that use until closing in March 2011.

Since October 2000, the Plaza Cinema has been designated a Grade II Listed building by English Heritage.

My scanned photographs were taken in December 1998.