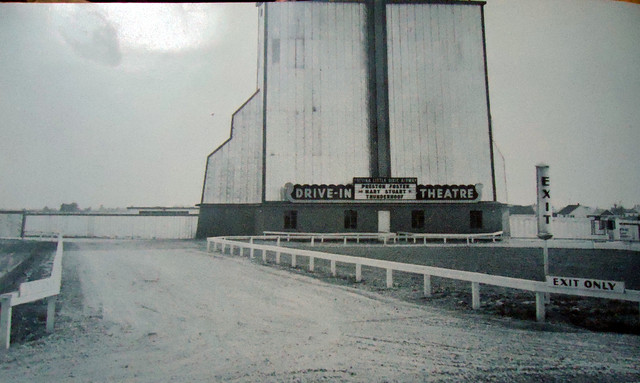 The Little Dixie Airway Drive-In opened on August 31, 1950 with Lois Butler in “Micky”. It was owned and operated by Frisina Mexico Theatres Ltd. The car capacity was for 500.

A closer address (at least for Google) is 5350 East Liberty Street, Mexico, MO. Today, a business sits on most of the property, but you can still see the entrance/exit roads and the foundation for the screen. http://tinyurl.com/z837uhx

The Little Dixie Airway opened on August 31, 1950 according to full-page grand opening news reported by the Mexico Ledger two days earlier. The first program was Mickey starring Lois Butler, the short Contest Crazy with Edgar Kennedy, and the cartoon The Coo-Coo Bird Dog.

The Frisina Amusement Co. purchased the site’s 15 acres from John and Ray Hagan on Highway 54 three miles east of Mexico. The screen was 52x42 feet, 260 feet from the projector, and the tower was made of heavy pine timbers sheeted with asbestos. The drive-in accommodated 500 cars, each greeted by a uniformed attendant who directed it to its ramp.