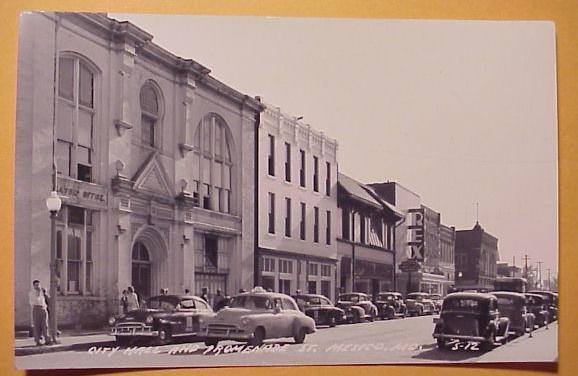 This theater is located a block north of where this picture in the satellite map is located. The building is gone. Torn down in the late 60’s. I never attended the theater but I do remember it being an operating theater during the 50’s and 60’s. I believe there had been a fire just before it was torn down. But it did stay vacant for a longtime.

Caption and comments on the “Memories of growing up or living in Mexico, MO.” Facebook page photo I just posted, claim the theatre’s previous names were the Orpheum, Rialto then Rex.

Please add George Cline as the source for the photo I posted, via the Facebook page I named.

After some research it appears it originally opened as the Orpheum. Had a minor fire in 1912, then a major fire in 1920. Was rebuilt and remained the Orpheum at least through the 1920’s. It was later renamed the Rialto probably in the 30's, and finally the Rex in the40’s. Judging by the chronology of the photos I posted.