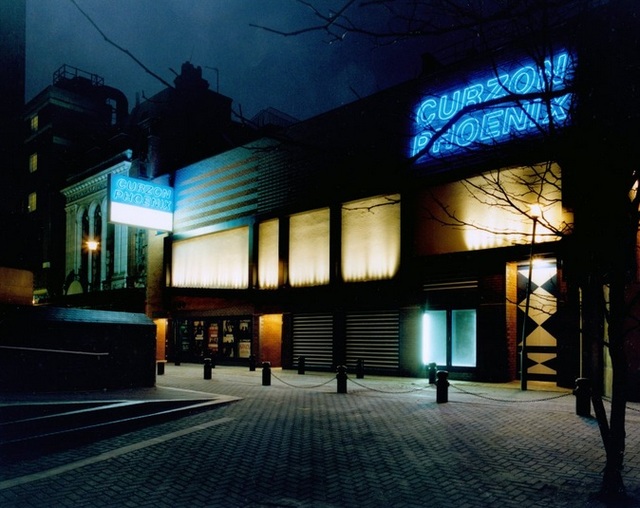 Constructed on former carparking space that itself was originally a bomb site. The Curzon Phoenix Cinema was erected in 1986 and opened on 20th March 1987 with the U.K. premiere of the Russian film “Come and See”. It was located next to the 1930 built Phoenix Theatre (architects Bertie Crewe & Cecil Masey) which is a Grade II Listed building.

The auditorium was comfortable but fairly uninteresting, the only feature being a silver venetian blind ceiling that opened to let sound through and closed when the house lights were up. Throughout its short life this cinema was run in conjuction with the Phoenix Theatre and shared the stunning Theodore Komisarjevsky designed foyer,giving cinemagoers a small taste of 1930’s splendour. Programming was booked by the Curzon Cinemas group and was arthouse and independent films

It finally closed in June 1998 with the film “Salut Cousin”, but the last images shown on screen were a collection of old trailers and adverts viewed by staff at the closing party. The building was demolished in 1999 and the land became an empty piece of ground again until around 2004 when a small block of apartments was built on the site.

Any idea why comments are being removed from this page.

Ken; As a former assistant manager of this cinema I submitted the page and added a few comments on it from me to which another member replied. All were relevent to the cinema. No idea whats happened. Lost some of mine on a previous site as well.

I will re submit them sometime.Thanks for getting back to me.

I absolutely adored this little cinema.
A really great place to see a movie with great presentation and always a well behaved audience.
I’ve always wondered why a building barely 11 years old closed so suddenly? Any ideas?
View link

Hi Ian, in 1998 the whole site including flats and shops were sold off by Chesterfield Properties, owners of the Curzon chain to a property company. The Phoenix Theatre as part of this sale was then leased to Ambassador Theatre Group. As a result an independent cinema was not viable on such a prime site and being no longer controlled by Curzon closed at once.

Thanks Jason. Such an in credible waste.

One movie I watched here in ‘87 was “84 Charing Cross Road”, the cinema being just around the corner from the titular address. 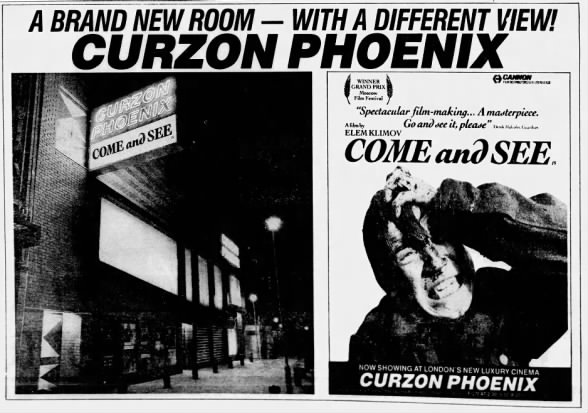