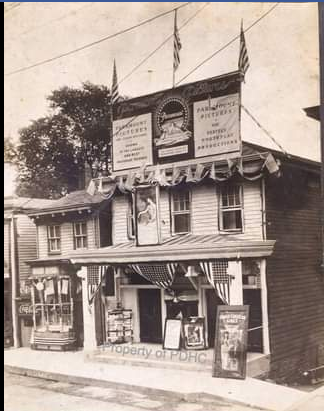 The Riverside Theatre was opened in May 1916. It was later renamed Port Theatre.

The Port was located on Main Street. It began life as the Riverside in May 1916. See the clipping I’ve uploaded from the Cecil Whig of May 27th of that year. Don’t know how 800 people enjoyed what is later to have been reported as a 300 seat theatre. Name probably was established because the back of the building faced the Susquehanna River. It later became the Port. Killduffs.com believes the building has been demolished.

Also uploaded an ad as the Port from Killduffs.com and an early image of the venue, albeit attributed to 1915, from the Facebook page of Craigtown Auto.