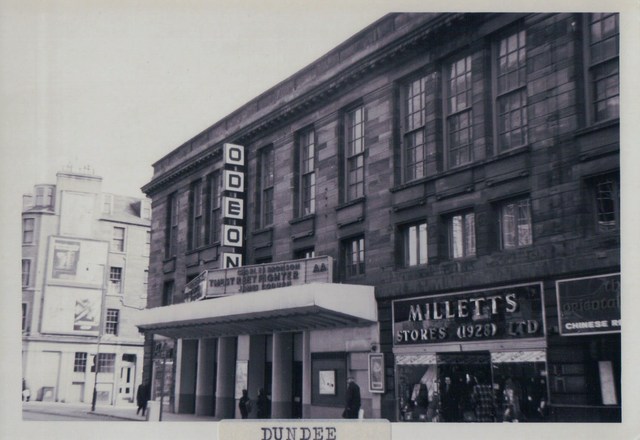 The Kings Theatre & Hippodrome opened on 15th March 1909. Designed by architect Frank Thomson in a mix of Baroque and Rococo styles, the auditorium had seating for 2,227 in stalls, dress circle and balcony with boxes on each side of the stage. There was a saucer domed ceiling which had painted frescoes and the proscenium was marble. It screened its first films on 2nd April 1909 as part of the programme. It was granted a Cinematograph Licence on 25th February 1910.

It was taken over by Provincial Cinematograph Theatres(PCT), opening as the King’s Theatre Cinema on 24th September 1928. A Wurlitzer 2Manual/6Rank organ was installed, with the console on a lift and the organ chambers using the former theatres boxes seating spaces. The seating capacity was reduced to 1,458 by closing the balcony seating area.

In February 1929 PCT were taken over by Gaumont British Theatres Ltd. It was re-named Gaumont from 8th May 1950.

In 1961, the interior of the Gaumont was entirely re-built. A suspended ceiling was insterted at balcony level and the side-walls and proscenium were covered over. Most of the original decoration was retained, but was now totally hidden from view. It was re-named Odeon after the closure of the former (now demolished) Vogue/Odeon in 1973. The Odeon closed on 24th October 1981 and the building was converted into a bingo club from May 1983.

Bingo use ended in the late-1990’s and the building became a nightclub, known as Deja-Vu, by 2017 re-named Joy.

On 30th June 1989, Historic Scotland designated the Odeon a Grade B Listed building.