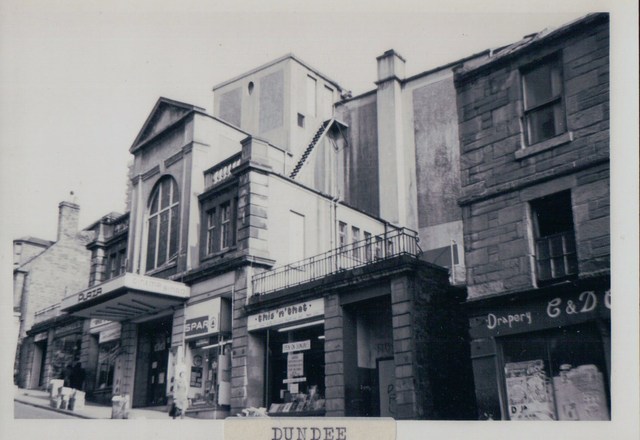 The Plaza Cinema was opened on 28th May 1928 with Sybil Thorndike in “Dawn”. The main entrance was in a 3-bays wide, two storey high building, which didn’t hide the main bulk of the auditorium behind. It was built for and operated by Scottish Cinema and Variety Theatres Ltd. which in September 1929, became the Associated British Cinemas(ABC) chain. Inside the auditorium the seating was provided in stalls and circle levels. The proscenium was 29 feet wide, the stage 31 feet deep and there were seven dressing rooms.

It became a bingo club, but was divided to create a new small cinema which opened on 31st March 1975. However, this was not too successful and the cinema & bingo club were closed on 10th April 1976.

The empty building suffered damage from a serious fire in the 1990’s and was demolished in 1996, with housing built on the site.