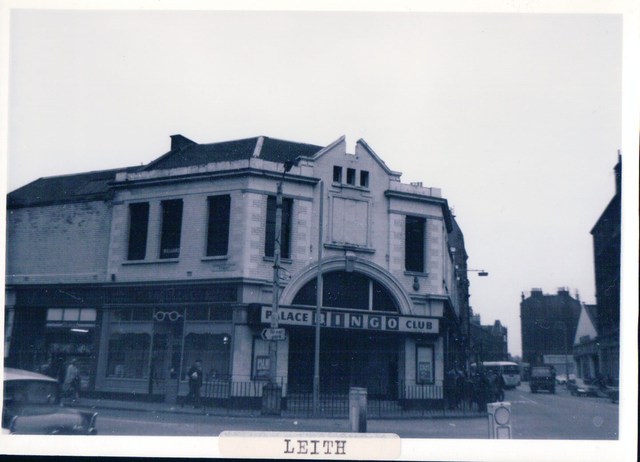 Located in the Leith district of Edinburgh, the Palace Cinema is sited on a prominent corner of Constitution Street and Duke Street. It opened on 1st January 1913 and was independently operated.

The corner entrance has a large wide arch. The entrance hall is pillared and has a decorative ceiling. Inside the auditorium seating was provided in stalls and a cantilevered circle.

The Palace cinema closed on 31st December 1966 with Rosalind Russell in "The Trouble With Angles". It was converted into a bingo club.

On 25th July 2001 it opened as a pub in the JD Wetherspoon chain named The Foot of the Walk. The circle has been sealed off and still retains the original cinema seats.