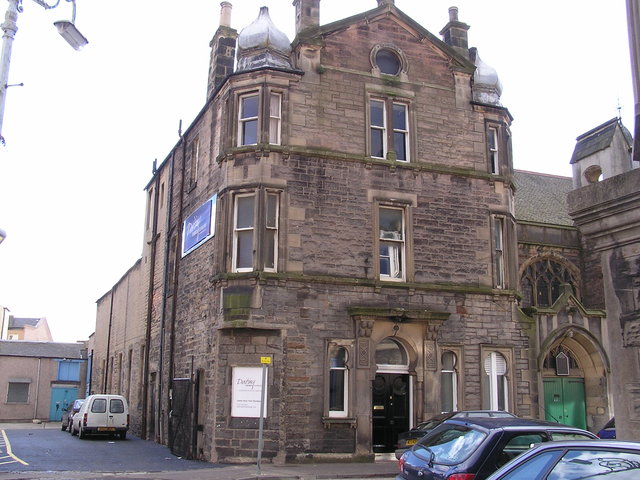 Located in the Leith district of Edinburgh, this was built in 1885 as a Turkish Baths. Its exterior has Moorish style features and was designed by architect George Beattie and Son. It had been run by J.W. Hodgson ‘masseur and medical rubber’. Alterations were made by architect George Craig in 1894.

It opened as the Central Cinema on 2nd November 1920 and seating was provided in stalls and a small circle. An unusual feature of the building today is the plaster screen which is set in the decorative proscenium arch. The auditorium has a barrel vaulted ceiling.

The Central Cinema is listed as ‘Closed’ in 1936 and it is believed it closed earlier and never went over to ‘talkies’. In 1936 it became a Penticostal Church and it remains in church use today. Windows have been pierced in the side auditorium walls, and occassional film shows are beamed onto the original plaster screen using digital projection.

On 29th April 1977, Historic Scotland designated the Central Cinema a Grade C(s) Listed building, which was upgraded to Categry B Listed in 2008.

The organ in the Capitol was a 2/8 Ingram.

Photos and a wee bit of history here

The listing was upgraded to Category B in 2008 as part of Historic Scotland’s cinema thematic re-survey.