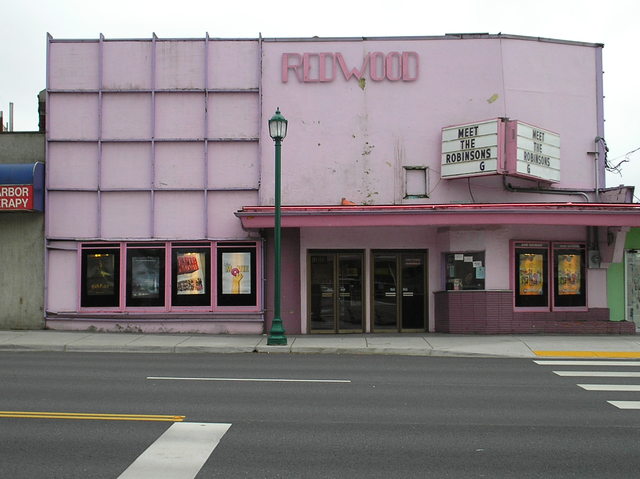 I think 260 might be after the twinning. The September 29, 1951, issue of Boxoffice said that Norris Kemp of the Pine Cone Theatre planned to expand the house to 600 seats, and that the project, including a new front and foyer, was being designed by Gale Santocono of San Francisco. FDY might have been late with the updating of the enlarged seat count. From Google Street View and satellite imagery it’s clear that the building could easily have held 600 seats. It sounds like it might be one of those cases where every other row was removed to give more leg room.