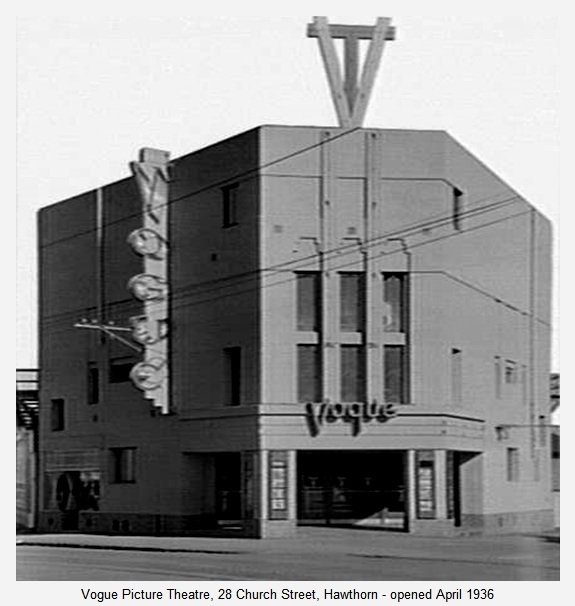 The Vogue Theatre opened in April of 1936. It was located on Church Street at the corner of Pine Street in the east Melbourne suburb of Hawthorn.

In 1946 it was listed as being operated by the independent exhibitor’s Yeomans and Heron, and they were operating the Vogue Theatre when it closed in 1959. It has since been demolished.

The site is now a service station(7 eleven).