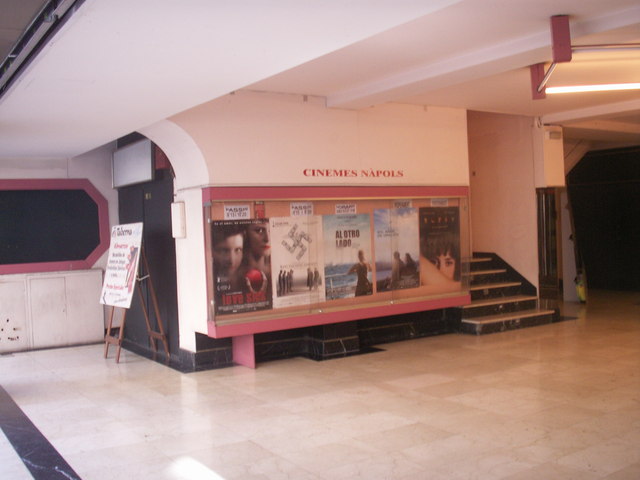 Located in a district just north of Barcelona’s main city centre, close to Carrer de Padilla. The Cinestudio Napoles opened on 30th April 1962 with Carol Lynley in "Return To Peyton Place" and Eddie Constantine in "Bombes sobre Montecarlo"("Bombs On Monte Carlo"-1960). It was a single screen cinema with a seating capacity of 492.

The cinema was twinned and re-named Cine Napols from 23rd December 1988. The two screens have seating capacities of 306 and 178 and are painted black, with black upholstered seating.

Since 1994, the Cine Napols showed foreign and independent films in their original versions (with Spanish sub-titles). It shares its entrance with a bingo hall that is located in the basement of the building.

By spring of 2018 it had been re-named Phenomena Experience Room, screening classic movies, with some presented in 70mm.